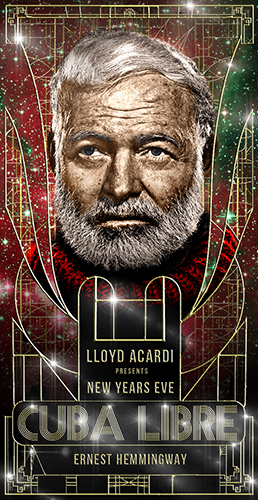 Your character is much like that of Ernest Miller Hemingway.

He was an American author and journalist. His economical and understated style had a strong influence on20th-century fiction, while his life of adventure and his public image influenced many generations.

Ernest Hemmingway is known for his rough lifestyle, his indulgence in alcohol and the good life, his beautiful story telling and at the end of his life his suicide with his favorite riffle give Ernest powerful and rough edge. Ernest had a house in Havana and was found there often in his favorite bars and favorite patios, drinking Mojitos and Daiquiris.

He is true artist and a Bohemian.

Come and join Cuba Libre as this Bohemian Character you are